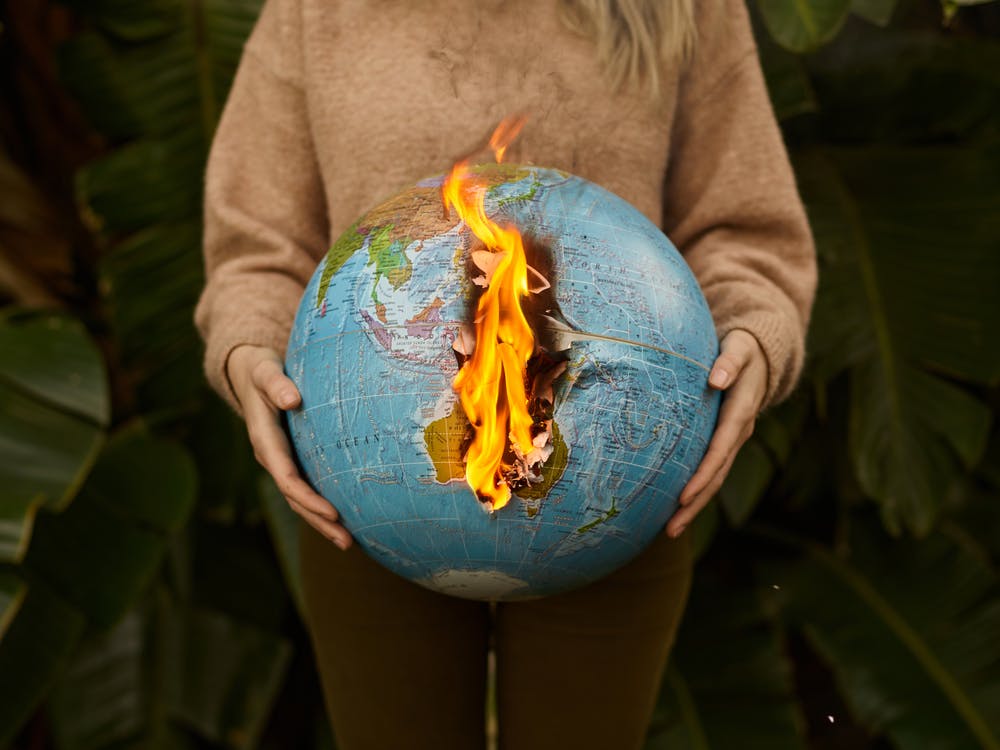 The Toxic Worldview That Changed Its Name

The main character in the novel, Winston Smith, worked at the Ministry of Truth which was, of course, in charge of propaganda, doublethink, newspeak, and falsification in general.

In Orwell's imagination, and in real life, totalitarian governments strive for absolute control over all people and property. They claim that their rule will be beneficial, but their domination inevitably results in widespread misery and death.

The current set of ruling radicals seems to be using Marxist "Ministry of Truth" methods in pursuit of totalitarian control. Note that many of their legislative names are the opposite of their actual function, for example:

Misrepresenting reality is an old totalitarian tactic with a history of destroying people and nations. The misnomers cited above are ominous manifestations of a worldview crisis.

Worldview has been defined as a belief system or ideology that gives an overall perspective of how one perceives life, the world, and the universe.

In 1848 Karl Marx and Friedrich Engels published the Communist Manifesto calling for the overthrow of all existing social conditions including the worldwide replacement of capitalism with socialism. This new Marxist worldview divided people into two classes, the oppressed and the oppressors—generally speaking, the workers and the property owners. Marx said that the essence of communism was the abolition of private property.

Wherever communism or socialism was implemented it floundered due to a lack of productivity and prosperity. Because free-market capitalism was inherently more productive there was resistance to socialism. Socialist governments controlled this resistance by deception, suppression, and execution. In its first century socialism became the deadliest worldview in history causing over 100 million deaths.

Eventually, Marxist theorists expanded their worldview to incorporate additional "oppressive" identity groups, including white males, conservative Christians, police, traditional families, political conservatives, and those who believe in traditional morality. The list of the oppressed has been expanded to include black people, anyone favoring LGBTQ+ issues, and abortionists.

Since the labels communism and socialism have some very negative connotations, Marxists hit on a new positive-sounding worldview name, "social justice." This fooled so many people that they have now started calling for environmental justice, reproductive justice, restorative justice, and several other kinds of fake justice. Remember, when they preface the word "justice" with another word, they are not talking about legitimate justice. They are talking about Marxist justice, which has never been, and never will be, just.

Similar to the "1984 Ministry of Truth," social justice is the exact opposite of actual justice. The fake-justice-label tricks many fair-minded people into having sympathy for the Marxist agenda. Many people with good intentions are unaware that the following toxic beliefs are primary parts of the Marxist social justice worldview:

It is increasingly difficult to dispute the above worldview tenets because social justice warriors have been advocating and implementing them for years.

To paraphrase an observation attributed to Ayn Rand: "You can ignore reality, but you cannot escape the consequences of ignoring reality." Those who embrace the Marxist social justice worldview experience limited truth, freedom, love, justice, and mercy. They choose, by ignorance or intent, to live in a world of chaos, coercion, conflict, tyranny, and hate.

The destructive power of the Marxist social justice worldview is magnified by its certitude of moral superiority. It functions like a false religion or cult that promises acceptance, solutions, and security. In reality, it is an all-consuming obsession that devours the heart, mind, and soul, and creates a culture of conflict that is hard to escape.

Consider the contrast between the worldview with a demonic desire to control and the worldview of truth and freedom that Jesus offered to his followers: "If ye continue in my word, then are ye my disciples indeed; And ye shall know the truth, and the truth shall make you free." (KJV John 8:31-32)

Let's do all we can to liberate ourselves—and those who have been deceived—from the "Marxist Ministry of Justice,” and to work, hope, and pray for the triumph of a worldview that fosters truth, love, freedom, and happiness.

[Update] Here is a link to an outstanding related article published subsequent to this article: The Left Goes Full Orwell