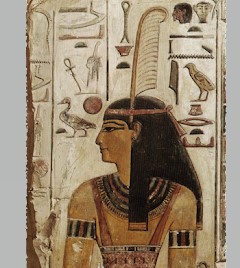 One of the key cornerstones of human maturation is developing a firm sense of identity. A person’s identity develops from the physical, intellectual, social, sexual, political, racial, and spiritual elements that surround him. These factors combined with memories, beliefs, values, and relationships constitute an evolving sense of self with an enduring identity.

Within a few months, human babies begin to become self-aware—they begin to understand that they are individual entities with specific needs, wants, and abilities. When parents and babies enjoy a loving and well-structured relationship, positive personality traits eventually overrule infantile selfishness.

If children learn (by precept and example) traditional principles and practices of love, work, and accountability they usually develop positive personal identities. Good and strong individual identities have always been the foundation of happy and prosperous families, communities, and nations.

As we pass through various stages of growth and development most of us acquire a strong sense of self. Indeed, self-preservation is universally recognized as the most basic human instinct. The fields of psychology and sociology include the study and treatment of various personality and identity issues. Identity-related confusion and conflict are sometimes diagnosed as an “identity crisis.”

Many civilizations have celebrated individual identity, including ancient Egyptians who tried to carry their identities into the afterlife through mummification, elaborate tombs, and extensive preparation for life after death. Egyptian Pharaohs believed their identities could be eternally preserved if they passed a test of truth and purity presided over by the goddess Maat. (See Maat, Afterlife, Weighing of the Heart)

The Christian concept of salvation includes the resurrection of individual bodies with minds and memories capable of continuing relationships. Indeed, the biblical doctrine of resurrection is primarily about the preservation of purified identity. The apostle Peter even included a warning about the devil trying to devour our identity: "Be sober, be vigilant; because your adversary the devil, as a roaring lion, walketh about, seeking whom he may devour:" (1 Peter 5:8)

In his book, The Screwtape Letters, C.S. Lewis depicted the devouring of identity in the words of a senior devil giving instructions to a junior devil: "If...you can finally secure [him] he will then be yours forever—a brimful living chalice of despair and horror and astonishment which you can raise to your lips as often as you please.…To us a human is primarily food; our aim is the absorption of its will unto ours.” (pp. 25,37)

The effort to usurp and destroy the personal identity of others is alive and well today. Modern-day devils know that one of the easiest ways to defeat and control someone is to undermine their identity—the very sense of who and what they are. As the great Chinese general Sun Tzu said, the supreme art of war is to subdue the enemy without fighting. This is precisely the tactic afoot today. Destroying a person’s identity—or a society’s identity—usually requires stealth, theft, corruption, and lies. Here are a few examples of identity destruction wreaking havoc in the world today.

Personal identity. One of the most common ways to crush a person’s identity is to convince them that they are no good or worthless. Abusers often use this trick to beat down or soften their targets so that exploitation is easier. This cruel attack is often used against women and children.

National identity. Revising history is a key tactic in destroying national identity. For example, instead of teaching the historical truth that the United States of America was founded to promote and protect freedom, they teach the lie that it was founded to promote slavery. If citizens start to believe demeaning history about their own country, it makes it much easier to subdue or get them to abandon their true identity.

Group identity. Replacing personal identities with group identities nullifies individual value and achievement and amplifies group conformity. If the group is valued more than the individual, violations of all rights, freedoms, and identities can and will be justified. Collectivist systems such as socialism and communism place no value on individual identity or potential. The value of everyone and everything is inevitably reduced to a state of utopian deprivation.

Racial identity. Another way to annihilate identity is to convince people that they are inherently better or worse than others. This leads to the kind of class or race hatred that seems to be associated with critical race theory (CRT) which devalues the identity of both the hater and the hated.

Sexual identity. Perhaps the most insidious attack on identity is the Marxist branch of the transgender movement. A child who is beguiled by transgender ideology begins to question not just who they are but what they are. Walt Heyer—a man who struggled with his sexual identity and lived as a woman for eight years—says trans ideology is aimed at unhinging identity: "The cultural Marxist goals are to devalue, dehumanize, and destroy. The trans ideology advances these goals in several ways.” He says trans ideology “devalues women;” “dehumanizes punishes, silences” those who oppose it; and “destroys parental rights and student safety.” He says, “Marxist tactics disguised as transgender policies are a cancer infecting our entire culture, with schoolchildren as the prime targets."

Declining morality and cultural Marxism have helped magnify the sexual element of many people's identities. Current forces glorify sexual expression so much that other aspects of identity are drastically diminished. Consider how much could be lost if sexual proclivities replace love with lust, jeopardize marriage and children, and negate biological reality.

Since identity is the core of meaningful existence, here are some keys to help strengthen and enhance identity:

Obsession with race, sex, social conformity, or any kind of addiction, causes identity decay which results in misery. If we want to live up to our joyful potential, we must work to preserve our God-given identities and be relentless in uprooting the false or harmful identities we may have adopted along the way.