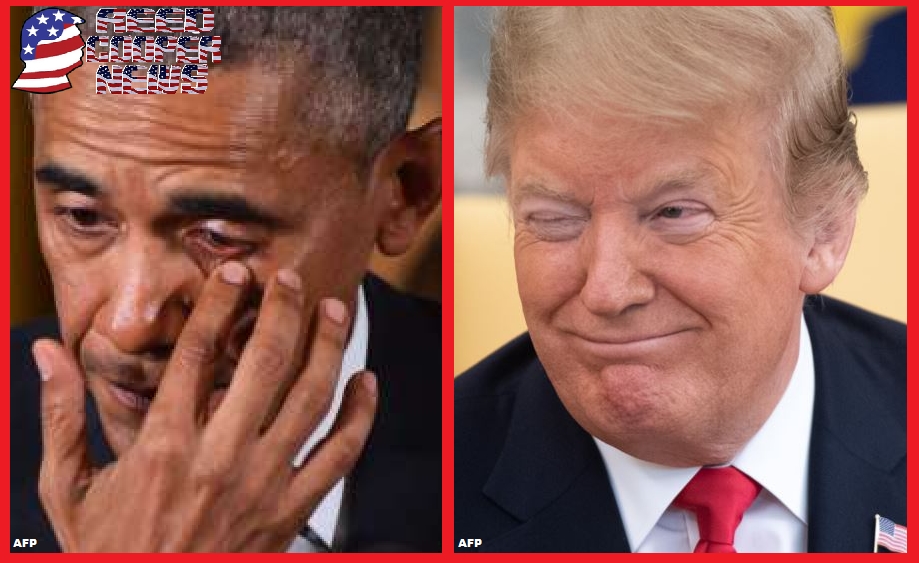 Niccolo Machiavelli was an Italian politician, philosopher, and writer during the Renaissance period. His most well-known work, The Prince was published in 1535 AD. He wrote many wise things, but he also encouraged leaders to do whatever was necessary to get and maintain power, regardless of ethics. Here are three of his most famous statements:

● "The leader should know how to enter into evil when necessity commands." (azquotes)

● "A wise ruler ought never to keep faith when by doing so it would be against his interests." (brainyquote)

Since citizens are not inclined to vote for candidates they disagree with, some of those who are seeking office pretend to be something they are not, take popular positions, or make campaign promises in order to get elected. Then, after they are in office, they act contrary to voter interests and expectations. Their betrayal of constituents makes them Machiavellian Pretenders (MPs).

Before we start to identify these MPs, there is something that needs to be clarified. Many of them are good people who mean well. As Dennis Prager said,"[They] may be personally kind and generous, may be loyal friends and devoted spouses, and of course, they may be well-intentioned. But in terms of making the world worse, there is little difference between a well-meaning fool and an evil human being."

We are not talking about disreputable socialistic quacks like Pelosi, Schiff, and the Commie Quad Squad. We are talking about democrats and republicans that were elected because they promised to help solve real issues related to health care, immigration, the economy, infrastructure, pollution, family values, etc.

The democratic socialists have told us that their intention is remake our constitutional republic into a socialist state. Thankfully, there are not enough of them to do it. The scary part is that in the 2018 election they got enough votes to take control of the House of Representatives. Since then the leftists have run rampant, doing practically nothing except trying to illegally impeach the president. If they had a majority in the senate the country would already be well on its way to becoming a Socialist Hell.

How did such a giant leap to the edge of destruction sneak up on us? The answer is that too many of us voted for seemingly good people who turned out to be Machiavellian Pretenders willing to vote with the radicals.

Let's consider some facts and examples, starting with two respectable men. Ben McAdams ran as a democrat in a traditionally republican district. His campaign depicted him as a family man with traditional values and willingness to work across the aisle. He was elected to the House by the thinnest of margins. Mitt Romney ran for the senate as a republican in a conservative state. He had a morally upstanding reputation, said he supported the republican agenda, and defeated his democratic opponent by a wide margin.

Keep McAdams and Romney (and dozens of others like them) in mind. We will come back to them after reviewing some significant points about the impeachment crisis.

● The attempt to remove President Trump via impeachment started before he took office. In the absence of any valid reason, democrats attempted to create one. They tried the phony Steel Dossier, the Russian agent lie, the Ukraine phone call hoax, and many other things. No evidence of anything even approaching an impeachable offence has been verified. (Impeachment Conspiracy)

● We have video of Joe Biden bragging about doing what Trump was falsely accused of, yet that is ignored along with the many impeachable offences committed by Obama. (Dem Standards) Also ignored is the fact that Bill Clinton committed multiple felonies and was impeached in the house yet not one democrat voted for his removal in the senate. In context, the faux outrage and hypocrisy over Trump's non-crimes is mindboggling. (westernjournal)

● "[The] effort to impeach Trump is really a 'coup'…an attack on our constitutional republic." (Tom Fitton) "We all have to understand that this is a tactic that they’re honing not just for Donald Trump or for his family. It’s for all of us…If they can impeach you and then remove you when you’ve never committed a crime, it really means there’s no elections. It’s not just the electoral college they want to get rid of, it’s essentially presidential elections.” (Matt Schlapp)

● “The Articles of Impeachment are constitutionally invalid on their face…They fail to allege any crime or violation of law whatsoever…They are the result of a lawless process…Nothing in these Articles could permit even beginning to consider removing a duly elected President or warrant nullifying an election and subverting the will of the American people.” (dailywire) Even if the charges against Trump were true neither is a crime or impeachable offence. (Dershowitz)

Lou Dobbs asked a revealing question that the MPs ought to be asking themselves,  “How do you walk around that chamber with these people who are so hateful, and so obviously willing to live in a cesspool of deceit...trying to bring down a man?” (Dobbs) But instead of corrective reflection, Ben McAdams calmly said that he just had to vote for impeachment as part of his "duty to the constitution and country." Many of us had high hopes for Mitt Romney, but his vote to continue the illegitimate impeachment process was a betrayal of his constituents significant enough to gain admission into the Benedict Arnold Wing of the Machiavellian Pretender Hall of Fame.

What does all this reveal about McAdams and Romney, and the others like them? The inescapable revelation is that they are willing to vote with the radicals even if doing so threatens to undermine the constitution and send us down the road to Socialist Hell.

Sadly, the Illegitimate Impeachment Plot is just one of the dangers we face. Our republic could also be destroyed by just a few more office holders voting the wrong way on any of the following issues: illegal immigration, the Green New Deal, the electoral college, freedom of speech, anti-family regulations, taxes, and gun control.

The good news is that it is unusual for most of the people to intentionally vote for tyranny and evil. If that starts happening, we are down the tube, but we are not there yet. The bad news is that there are almost enough Machiavellian Pretenders to tip us into the pit of despair. Therefore, the MPs are in some ways more dangerous than the radicals because they can win votes that the radicals never could.

The bottom line is that we can no longer afford to give anyone our vote for any of the following reasons: (1) Good looks (2) Sparkling personality (3) Giveaway promises (4) Identity politics, (5) Good intentions (6) Isolated claims to moral or religious superiority. It is better to vote for a wise, reliable, imperfect man than for a virtue-signaling fool. If we want to save our freedom and country, we can only vote for those who have a proven commitment to correct principles. The Machiavellian Pretenders must be held in contempt and voted out of office as soon as possible.

Some might be hurt or offended by such terms and insist that they are offensive exaggerations. Sorry, but they are a sad reality. Remember, MPs solicit our votes saying things like, "We're going to work with everyone, we're going to work across the aisle, we're going to vote against Pelosi." But they end up supporting things like this: "We will never stop trying to impeach Trump no matter what. And after we get rid of Trump, we'll do the same thing to Pence." (swampdrain) And the knife ends up in our back on this and other crucial issues. “There’s not one institution that’s [not] under assault, seditious assault, by the hard-core left, which has now taken control of the establishment here in Washington.” (swanpdrain)

The enormity of the unconstitutional power play we have witnessed is appalling. A majority of the House voted to illegally impeach an amazingly successful president on demonstrably false and frivolous charges. And the senate was within a few votes of allowing the overthrow of our legally constituted government and delivering us into a reign of tyranny from which we might never recover.

It is immeasurably urgent that conservative republicans win control of the House and keep the senate (by significant margins) in the coming elections. If we don’t, the radicals will try one trick after another (with continuing MP support) endlessly trying to illegally bring down their opposition and crack the foundations of freedom. Electing the right people in the 2020 election is crucial to preserving prosperity and avoiding imminent disaster.

Now we come to the Greatest Machiavellian Pretender in America (GMPA). Some very disturbing things have been reported about him (Ten Reasons) (Fantasy), but rather than dealing with personal problems let's review some of the larger, more well known, and dangerous issues.

The GMPA has glorified aspects of communism associated with Russia, China, Cuba, and Venezuela. He has venerated the phony virtues of communism for decades. He has preached his deceptive propaganda for so long, and to so many, that a significant number of the miseducated rising generation think it's the truth.

By now it's become obvious that the GMPA is Bernie Sanders and some readers might object to the way we have characterized him. However, this is not a game of clever insults or political banter. This is life and death, on a national scale. The ideology ofttimes espoused by Bernie has caused the death of millions. The highly destructive nature of socialism is verified in my recent articles: Socialist Hell, Beneficial Boundaries, Counterfeit Justice, Calling Evil Good, Faith or Fear, Essence of Evil, Benefactor Betrayal, and Work and Theft.

Bernie's current GMPA line is that under socialism everyone will have plenty of free stuff and enjoy utopian conditions. There's a lot of talk about a kinder, gentler type of socialism (which is theoretically impossible) but even that does not match with his history, philosophy, or current calls for action. Toni Lahren nailed it, "Listening to Bernie Sanders on that stage last night was horrifying. He truly envisions an America where we all depend on, work for, answer to and live for the almighty government. That's not the American Dream. That's a living nightmare." (Toni Lahren)

If the Greatest Machiavellian Pretender in America (or any other social democrat) is elected president and tries to establish a socialist state, here are some probable scenarios:

● Knowing that most Americans will not actually submit to the confiscation of their property and freedom, the socialists will try to take the guns first.

● Knowing that if they lose their weapons, the socialists will surely take everything else, citizens will resist, and war will break out.

● If the truth and freedom side quickly wins, order will be restored and the nation will revert back to constitutional principles.

● If the socialists prevail, they will do what they always do. The historically established socialist pattern with large countries is to subjugate the population via concentration camps and mass execution. According to two Bernie campaign workers (and many associated radicals) gulags are part of their plan. (1-AmericanThinker) (2-Veritas)

● Even if the GMPA fails in the coming election his influence could help sway the rising generation into socialism resulting in the death of millions.

Instead of continuing with sickening scenarios, let's just not go there. What we need is the exact opposite of a Machiavellian Pretender. We need a president who has clearly stated his positions and fulfilled his campaign promises. And most of all we need a president who can declare, "Here, in the United States, we are alarmed by new calls to adopt socialism in our country. America was founded on liberty and independence - not government coercion, domination, and control. We are born free, and we will stay free. Tonight, we renew our resolve that America will never be a socialist country." (RealClearPolitics)