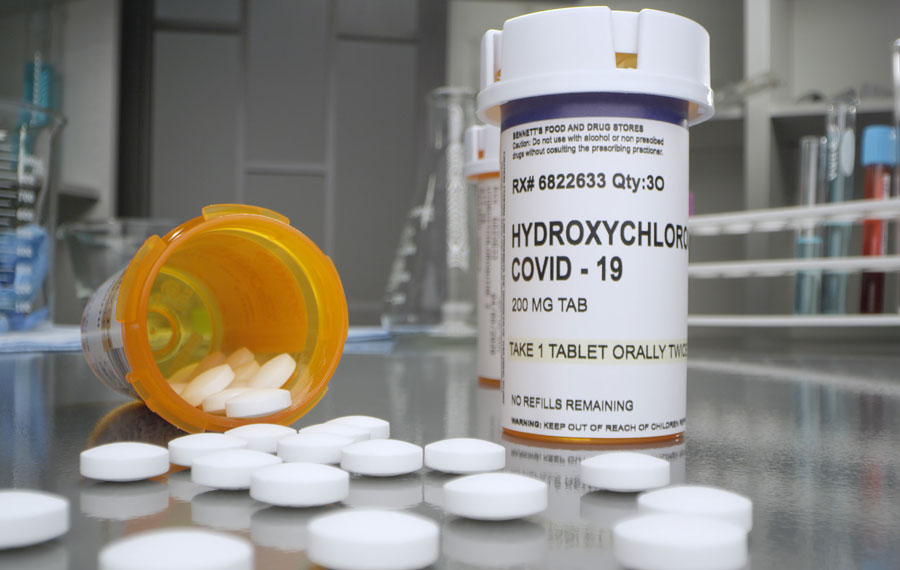 Ed heard that President Trump temporarily took hydroxychloroquine (HCQ) for protection from the CCP virus. Since Ed is over 70, he wondered if it might be a good idea for him to take HCQ. He did some research and reported the following findings:

rheumatoid arthritis, lupus, and a few other things.

● It has been reported to be a generally safe medication that has rare side effects including headache, retina damage, heart problems, and allergic reactions.

● It may actually help prevent some heart problems.

● It appears that HCQ helps block the CCP virus by increasing the body pH (alkaline) level which helps prevent the virus from replicating.

Ed discussed some of this information with his doctor and his doctor said something like this: "I don't know if HCQ will prevent or cure COVID-19 but it will probably help with your skin problems." The doctor then prescribed moderate doses of HCQ. Ed asked how long he could expect to be taking it. The doctor told him that if it significantly helped his skin and there were no side effects, he could expect to be taking it for the foreseeable future. The doctor also prescribed periodic eye exams to make sure there were no developing problems as time goes by.

Later that day Ed found that HCQ was very inexpensive and started taking it twice a day. At the time Ed was experiencing flu like symptoms which went away in two days. Also within two days, his skin problems (which included a yeast infection) significantly improved. It has now been a month with no side effects and Ed's skin is better than it has been for years. He has had some exposure to COVID-19 but has had no symptoms and has not been tested. He is, by the way, very grateful for President Trump, very thankful for his doctor, and very happy with his current health condition.

Here are some additional options that might save some lives: Ivermectin Study, Trialsite, Taggert, Whiteboard, Bartlett, Budesonide Remdesivir.

Caution and Disclaimer: Neither Ed or I are doctors, scientists, or medical experts. The information shared in this article is anecdotal in nature. Medical treatments should only be undertaken in accordance with professional medical advice and under a doctor's direction.