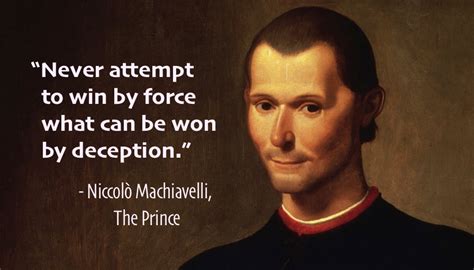 Democrats across the country are playing a deceptive game that goes like this: 1) Trick the local folks into thinking you are a great guy/gal who is on their side, 2) Get into office, 3) Vote with the Marxist radicals contrary to your campaign promises. This is the case with Utah representative Ben McAdams.

McAdams just released a new political ad. Like virtually every ad he has done for years, it was deceptive. The gist of it was as follows:

• Heroically indignant McAdams will protect us from Burgess and his evil nuclear plans.

•Righteous McAdams believes in and will uphold Utah's interests and values, rather than national party interests.

Of course, this is false. Trump and Owens are not (and never will be) pushing for open air nuclear tests in or near Utah, and McAdams nearly always votes with national leftist radicals contrary to Utah's conservative majority. This pattern of deceit is often effective in helping politicians across the country secure influential posts. By obscuring their true loyalties until they are elected, they stab their unsuspecting constituents in the back.

Most members of the mainstream media have joined this same charade. National and local outlets that we used to be able to trust are rapidly becoming "enemies of the people." Nearly everything they say about Trump, or any other conservative, is given a negative overtone or mingled with fabrication and exaggeration. We need to switch to news sources that can be trusted like The Independent Sentinel and The Published Reporter.

In a previous article I identified duplicitous politicians and their accomplices as Machiavellian Pretenders saying, "The term Machiavellian has often been used to denote unscrupulous or devious political conduct….Since citizens are not inclined to vote for candidates they disagree with, some of those who are seeking office pretend to be something they are not, take popular positions, or make campaign promises in order to get elected. Then, after they are in office, they act contrary to voter interests and expectations."

Machiavelli McAdams pulled off this deception in 2018. He presented himself as a squeaky-clean family man who would heroically stand up to the democratic establishment. But instead he has sided with the democratic establishment time after time and just "had" to vote for an obviously partisan, false, phony impeachment hoax as part of his "duty to the constitution and country." Turns out that Machiavelli McAdams is like other pretenders who say things like, "We're going to work with everyone, we're going to work across the aisle, we're going to vote against Pelosi." But they end up supporting things like this: "We will never stop trying to impeach Trump no matter what. And after we get rid of Trump, we'll do the same thing to Pence." And the knife ends up in our back on every crucial issue.

Lawrence Kadish of the Gatestone Institute recently said, "The fearful truth is our nation's very future is under assault by a Marxist movement that has captured what we once called the Democratic Party, turning it into a snake pit of people and ideas that despise America.” Unfortunately, one of those people appears to be Ben McAdams. And he is certainly not alone. Republicans all over the country are facing similar deceptive tactics backed by out-of-state money. Burgess Owens is a solid conservative trying to run a positive campaign, but he may have a hard time winning against a virtue signaling master of deception such as Ben McAdams.

If we intend to protect our freedom by keeping the Senate and taking back the House, we need to support every dependable conservative and expose every Machiavellian Pretender in every city and state in the nation. This has become a life and death struggle for many who are needlessly suffering in democrat-controlled areas. Ousting politicians who show themselves to be Machiavellian Pretenders is one of the surest ways to preserve life, liberty, and the pursuit of happiness this November.