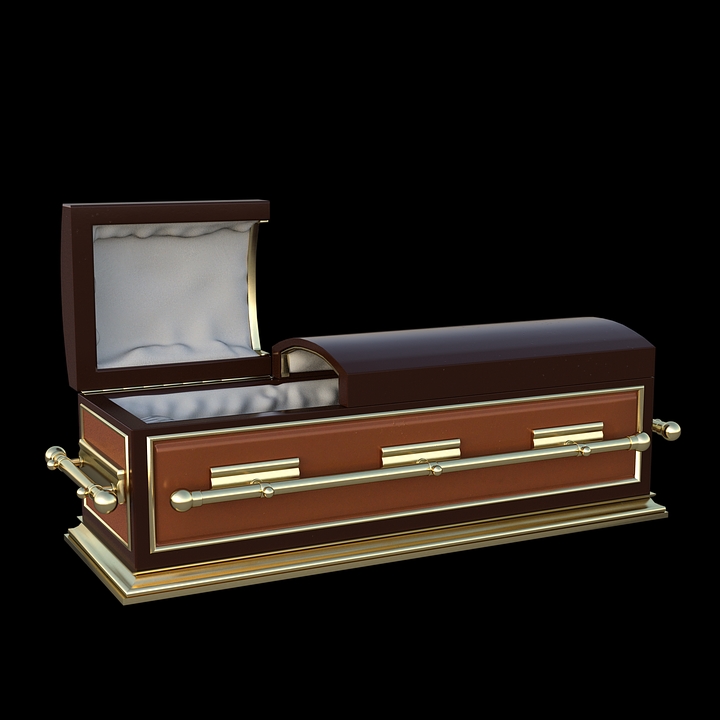 A few weeks ago, I was overcome with grief while attempting to give the family prayer prior to closing the casket of a loved one. Among other things I said, "In the face of death some of us feel overwhelmed, lonely, and afraid. Please bless us with comfort, peace, strength, and healed hearts."

We needed extra help and comfort partly because our loved one's death was unexpected. He contracted COVID-19 and was hospitalized with serious breathing issues. He asked his doctor for hydroxychloroquine (HCQ) but the doctor declined saying that it might cause complications. That was upsetting because breathing seemed to be much more urgent than the possibly of side effects. However, they did not hesitate to give him Amiodarone which is known to have a significant chance of causing serious complications.

We should have been informed about the expanding host of doctors who have recommended treating the coronavirus with HCQ, including Dr. Harvey Risch who said that HCQ could save up to 100,000 lives. Why has the apparent effectiveness and safety of HCQ been hidden from the American public?

The answer is political. The socialist Left does not want a cure to interfere with weaponing the virus crisis as a means of achieving political power. Hoping to save lives, President Trump suggested that hydroxychloroquine might help. Immediately, the leftist swamp started screaming that HCQ was unsafe and ineffective.

Did you get that? Left leaning politicians, media, and doctors have consistently hid and denied medical realities, resulting in a huge number of deaths in order to increase their chances of seizing power. Could HCQ have saved my loved one's life? We will never know, but it should have been tried. Every leftist who has participated in this scheme has been rubbing shoulders with the angel of death.

Sadly, this is not surprising. In the last century, socialists seeking power have killed more than 100 million people. It's their modus operandi or standard operation procedure. It's the great secret of socialism: Exchange life for power.

They have already started setting up their next big kill. President Trump has moved mountains to quickly develop and distribute a safe COVID-19 vaccine. We are very close, within a few months. The democratic socialists can't let this ruin their plans.

The Biden/Harris fearmongering campaign has helped convince about half of the population to avoid or delay vaccination. If this continues, how many lives could it cost? Hundreds of thousands? Every day that they continue their reckless rhetoric they prove over and over that they are committed to causing as much death as necessary in order to get power.

It would certainly be reasonable to decline vaccines that were not scientifically tested and medically approved, but that is not on the table. Imagine being so committed to domination that you would rather people die than take a demonstrably safe and lifesaving vaccine.

Centuries ago John Locke warned us about this kind of behavior saying: “For I have reason to conclude that he who would get me into his power without my consent would use me as he pleased when he had got me there, and destroy me too when he had a fancy to it; for nobody can desire to have me in his absolute power unless it be to compel me by force to that which is against the right of my freedom, i.e., make me a slave." (John Locke, The Second Treatise of Government, chapter 3, paragraph 17)

Now they are threatening deadly riots if they don't get what they want. And what do they want? They want socialism—the system that has produced the most oppression, poverty, and death—and they want to kill capitalism—the system that has given hundreds of millions freedom and prosperity. Why? Because they believe in the false god of Social Justice, at any cost. Because they believe "It's the morally right thing to do" in spite of historical fact and ongoing misery. The death toll will continue to rise as long as there are progressive leaders and pundits who are willing to lie, and cheat, and kill for dictatorial power.