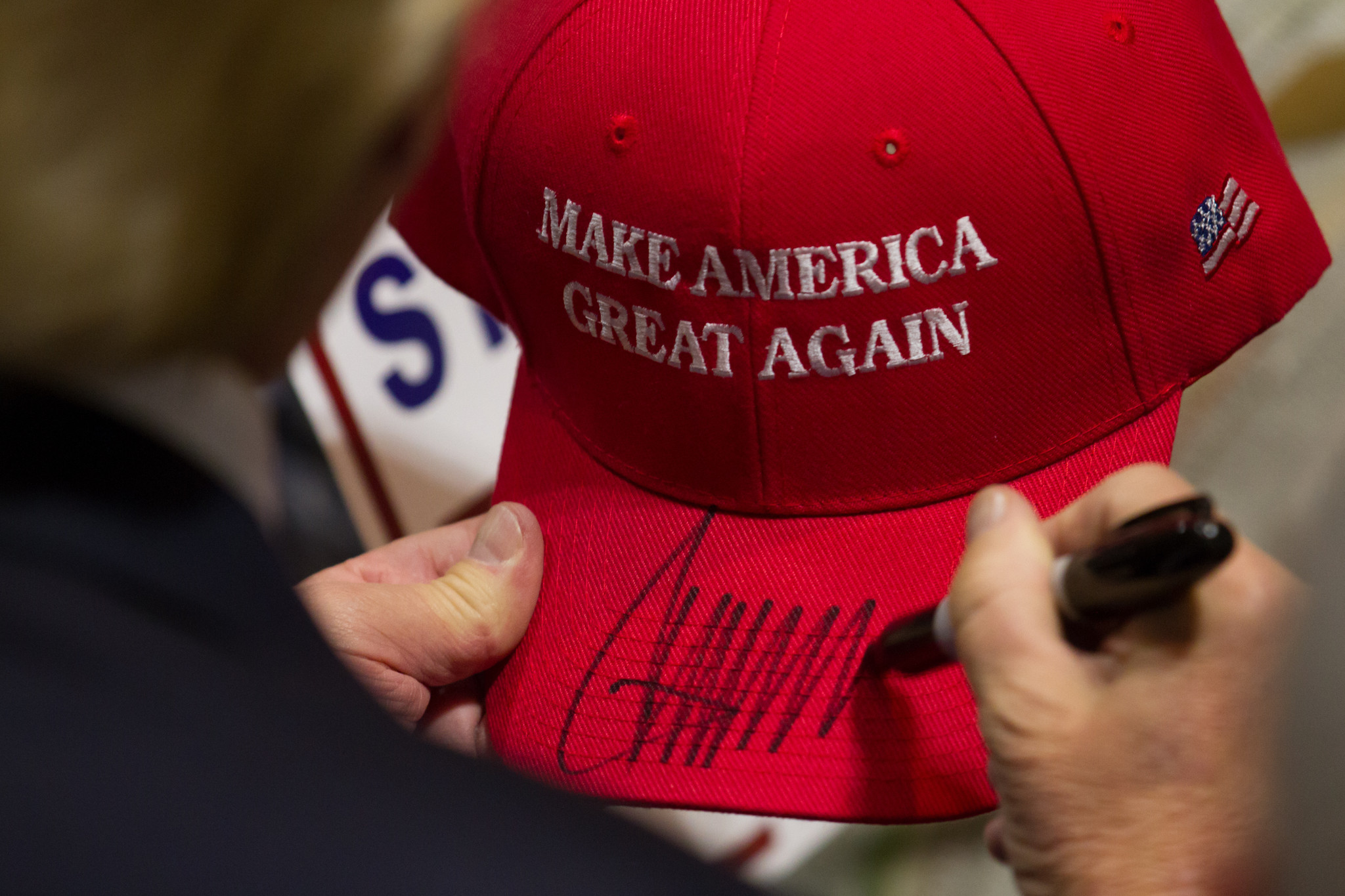 The Trump Doctrine and the Party of Hate

Few US presidents have established a defining Doctrine such as the Monroe Doctrine or the Truman Doctrine. For instance, there is no coherent Bush or Obama Doctrine. Remarkably, the Trump Doctrine is already well established and is by far the most comprehensive, robust, and durable of all presidential doctrines. This doctrine is encapsulated in President Trump’s trademark phrase: Make America Great Again.

Some assume that Make America Great Again (MAGA) is just a campaign slogan. The essence and power of MAGA has gone over their heads. MAGA represents a set of principles that has been developing for centuries. MAGA encapsulates the sublime ideals of the Judeo-Christian tradition and the rational advancements of Western Civilization. The deep truth of MAGA has been summarized by Charlie Kirk and Victor Davis Hanson:

MAGA is more than just a slogan…[it] is a set of principles...it is the core philosophy by which our whole society has come to be over several centuries….The MAGA Doctrine is, in part, a path back to the brave, pioneering spirit that made not just survival but explosive growth and visionary changes possible in America…Victor Davis Hanson argues that Trump's desire to Make America Great Again parallels the desire of several great leaders throughout history, including classical antiquity, to restore their own nations in periods of turbulence and corruption.

It is not that Trump is a great political philosopher. He is simply the bold embodiment of traditional American values that are based on proven classical precepts. Some of the primary MAGA principles are as follows:

President Trump has not attempted to restrict free speech or the free press despite unprecedented false attacks on him. His restraint on this front helps verify his love for freedom and determination to protect it. Speaking about freedom at Mount Rushmore President Trump proclaimed:

Our Founders launched not only a revolution in government, but a revolution in the pursuit of justice, equality, liberty, and prosperity.  No nation has done more to advance the human condition than the United States of America.  And no people have done more to promote human progress than the citizens of our great nation….Our Founders boldly declared that we are all endowed with the same divine rights—given [to] us by our Creator in Heaven. And that which God has given us, we will allow no one, ever, to take away—ever.

Obama/Biden economic policy was a disaster and Obama mocked Trump's promise to fix it saying: "What magic wand do you have?" To Obama's shock and dismay Trump policies quickly set the economy on fire. Since then Obama/Biden have ridiculously tried to take credit for what they said could not be done.

President Trump is in the process of implementing plans to make America the manufacturing superpower of the world. Why is Trump so successful when Obama/Biden were not? Donald Trump is a builder who believes in hard work, productivity, and making good deals. In short, he is a capitalistic champion. His opponents believe in socialist redistribution, which has never produced anything and never will.

True justice requires that EVERYONE be treated fairly and that they get what they earn and produce. So-called Social Justice is a Marxist concept that is actually injustice, or counterfeit justice. Under Marxist Social Justice the government takes property from the producers and gives to it to non-producers which results in scarcity, starvation, and death. Thomas Sowell expressed it well saying, "What is your 'fair share' of what someone else has worked for?" Trump's MAGA Doctrine rejects Social Justice and promotes true justice which results which results in prosperity.

President Trump has received four nominations for a Nobel peace prize. The fourth one said it was "in recognition of his endeavors to end the era of endless wars, construct peace by encouraging conflicting parties for dialogue and negotiations, as well as underpin internal cohesion and stability of his country." Trump is a tough negotiator which caused some to mistake him for a war monger. In practice, his MAGA doctrine successfully promotes peace through strength, economic pressure, goodwill, and cooperation.

When President Trump was hospitalized with COVID 19 leftists were outraged by his stubborn refusal to die or cower in fear. Think about it. Have you ever seen Donald Trump say or do anything in fear? In spite of being under constant attack for years he has consistently expressed, faith, optimism, and courage. Just before leaving the hospital Trump tweeted this challenge to all Americans: "Don’t be afraid of Covid. Don’t let it dominate your life."

Over two thousand years ago in a sinking boat, Jesus said: "Why are ye so fearful? How is it that ye have no faith?" (KJV Mark 4:40) Neither Jesus or Trump minimized the danger of their situations, but they were both teaching the same inspirational principle: To be happy and successful we need to learn to live with faith and courage and not be governed by fear.

Americans have a long history of having the faith and courage to enjoy liberty. Fear is the favorite tool of those who want to dominate and control. Part of the Trump Doctrine is to stomp on fear and have the courage to build and prosper.

The Doctrine of Hate

The opposition's answer to theTrump Doctrine is hate. The primary plank of the democrat platform is: Hate Trump. They hate Donald Trump because he stubbornly blocks their plans to dominate everyone and everything. Almost all mainstream reporters and commentators consistently attempt to inspire hate for Donald Trump and millions of Americans hate Trump because they have fallen for the propaganda. Most don't realize that they would like and respect what Trump is doing if they had heard even half of the truth.

Even before wanting us to hate Trump the leftist opposition wanted us to hate America. They constantly point to real or imagined faults of our founding fathers trying to get us to hate them and the nation they produced. Instead of being grateful for the most free and prosperous nation in the history of the world, they promote hated for past and present America. It's the same old trick: Hate George Washington. Hate Thomas Jefferson. Hate Donald Trump.

The next leftist demand is that we learn to hate each other. Hate another race. Hate men. Degrade women. Hate rich people. Have class warfare. Hate Christians. Get rid of anyone who disagrees with leftist ideology. Finally, they want you to Hate yourself. Hate your biological body. Hate your family. Hate your heritage. Be willing to kill or be killed to reduce your carbon footprint.

Don't give in to hate for Trump, hate for America, hate for others, or hate for yourself by voting for the party which has espoused the doctrine of hate. Remember, America is great because America is good. The Trump Doctrine works and will help you and America to be great again.