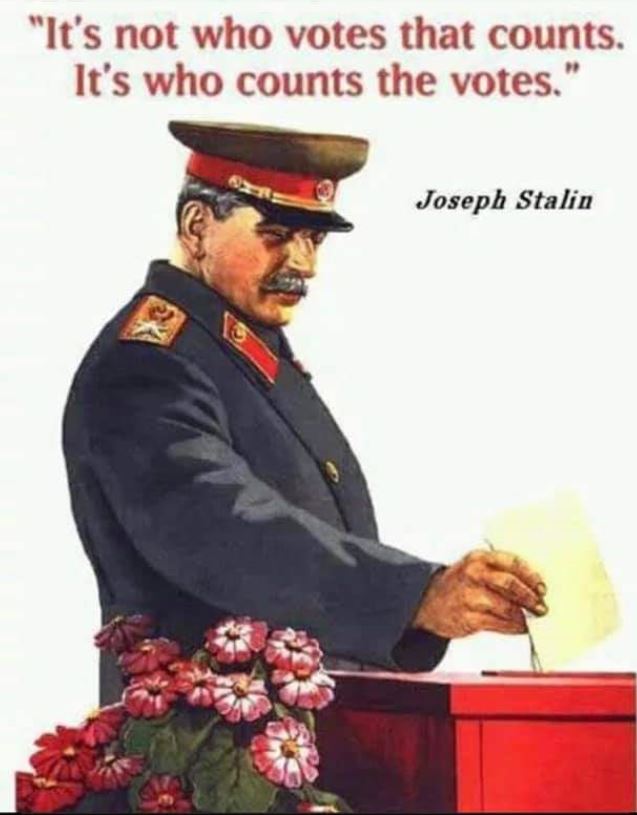 Resisting the Coup Disguised as an Election

Donald Trump's election to the presidency in 2016 was unexpected. Those who wanted to transform our constitutional republic into a socialist state knew Trump would stand in their way, so they planned a coup to get rid of him. They falsely accused him of being a Russian agent who should be impeached. Two years of democrat and media lies ended in failure for coup #1. They moved on to coup #2 by attempting to impeach Trump for an offense that Joe Biden bragged about committing. All but two democrat representatives voted for the phony impeachment, but coup #2 still failed. They soon moved on to the next coup. Coup #3 is a Marxist revolution in the form a fraudulent election to replace President Trump with a socialist change agent.

The Democratic-Socialist plan spearheaded by the corrupt media had the following primary parts:

4) Use the COVID 19 crisis to weaken the country.

5) Use the mainstream news and big tech to propagate deception.

9) Use fraudulent ballots and counting to steal the election.

The clever use of these tactics almost guaranteed success. They could almost certainly execute a Marxist coup in the United States of America without firing a shot, just as Lenin proposed. If coup #3 (or any Marxist coup) is successful, the United States will begin the inexorable Marxist march into darkness.

How do we deal with a Marxist coup or an illicit government? Do we sink into despair? Do we give up? Do we turn against our traditional values and jump on the socialist bandwagon? No, we do not give in to self-defeating behaviors. Here are some things we need to do regardless of who occupies positions of power:

● Discern whether leaders are legitimate or illicit and support or resist appropriately.

● Continue to believe in and teach the history and principles of freedom.

● Within the bounds of the law—defend life, liberty, and property.

● Wisely prepare for the future, physically and spiritually.

● Believe in and prepare for the Second Coming of Christ.

Leftists spent almost four years trying to convince us that Donald Trump was an illegitimate president, but despite their efforts he turned out to be genuine and effective at every turn. Now they are demanding support for illicit usurpers coming to power through fraudulent coup #3. It is vital that we recognize and resist fraud when it stares us in the face and that we garner all possible support for legitimate, fair, and honest governance that upholds liberty and the Constitution of the United States.