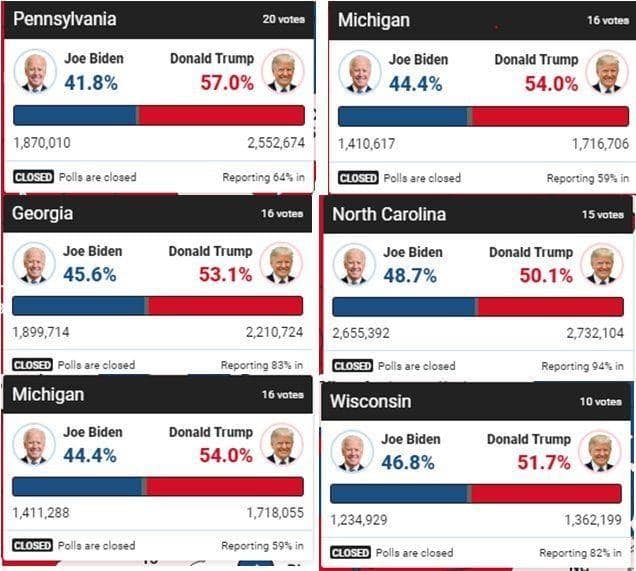 The Most Dangerous Attack in World History

We are in the middle of the most dangerous attack in the history of the world. This is an attack on American freedom and prosperity that could result in the death of 100 million people. Even though it is unfolding right before our eyes, many Americans still need to awaken to our awful situation. This plot to conquer America has been perpetrated by advocates of a leftist global order that follows the principles of Marxism, socialism, and communism.

We should have seen it coming. We were warned by many prophetic patriots, including Cleon Skousen and John A. Stormer. Let's review.

In 1958 Skousen published many of the Marxist goals, including these:

● Capture one or both of the political parties in the United States.

● Use educational systems to demean capitalism and glorify socialism.

● Infiltrate and gain control of the media to publish propaganda.

● Discredit the rule of law and promote violence and insurrection.

● Break down cultural standards of morality and promote promiscuity.

● Discredit the traditional family and minimize the influence of parents

Communism is a disease of the intellect. It promises universal brotherhood, peace and prosperity to lure humanitarians and idealists into participating in a conspiracy which gains power through deceit and deception and stays in power with brute force. Communism promises Utopia. It has delivered mass starvation, poverty, and police state terror to its own people and promoted world-wide strife and hatred by pitting race against race, class against class, and religion against religion….[they] are after your children or grandchildren who can still be molded into obedient slaves of the State….[they] are extremely close to total victory. But it is not inevitable. Their one fear is that Americans will awake in time to the danger and do something about it.

Savvy proponents of socialism, foreign and domestic, have been able to deceive their way into positions of power from which they attack the constitution, especially the Bill of Rights. In order to dismantle the constitutional protections provided by the founding fathers they need to win enough elections to gain control of the three branches of government—executive, legislative, and judicial. In order to win the presidency, enemies of freedom have slandered the sitting president for four years with false accusations and over 95% negative coverage. However, all of that was not enough to beat the indomitable Donald Trump.

He is the only human being in history to become a billionaire businessman and president of the United States…to reach the pinnacle of business, real estate, branding, celebrity, Hollywood, publishing and politics…Love him or hate him, other than Jesus or Muhammed, his name has been on the most lips…But that's not the really amazing part…Under the most difficult circumstances ever experienced by any political leader in world history…every hour of every day, millions of his enemies wish he would be assassinated, tortured, imprisoned or die of COVID-19. In the face of all of that, Trump added over 10 million new voters.

The enemies of freedom realized that they could not win an honest election against Donald Trump, so they extended their propaganda war to include false polls, misleading search results, big tech censorship, and constantly expanding deception. Suspecting that they would still lose to an indefatigable Trump they prepared and carried out plans to steal the election which included the following: (1) Falsified registrations and mail in ballots. (2) Illicit election rules. (3) Fraudulent vote creation, counting, and switching. (4) Computerized vote manipulation.

Many of us saw their obvious theft on election night. In key states Trump was winning by hundreds of thousands of votes until they seemed to stop counting for hours in big cities controlled by corrupt democrats. Witnesses later reported that during the delay watchers were obstructed, suspicious ballots were carted in by the truckload, and vote stealing algorithms were stimulated. When counting resumed Trump's lead had vanished and Biden was ahead. Millions of us watched this happen in real time and correctly concluded that something was very rotten.

The "enemy of the people" fake news began declaring that Biden was the legitimate winner and that if Trump was a decent person he would immediately concede, and they have continued to repeat and amplify that same lie for weeks. Dishonest politicians on both sides of the aisle have joined in singing the lying lyrics of that traitorous tune.

However, the greatest political crime in history cannot go unchallenged. President Trump is a fighter and will not back away from trying to save our country, and many millions more of us are willing to fight the anti-freedom mob. One of these patriots is a one-woman-army named Sidney Powell, whom William F. Marshall has described as follows:

Sidney is one of the most serious, upright individuals you will ever encounter. Her towering physical stature befits a righteous Texan with a towering legal mind…Despite her tough-as-nails public persona, she is a genuinely warm and caring individual…Now Powell has taken on the greatest legal challenge of her career and, if she’s correct, the greatest crime in American history: the complete subversion of the American electoral process.

Though not technically part of Trump's legal team, Powell is—at great personal risk—donating her time and talents to We the People, and has recently declared:

This is stunning, heartbreaking, infuriating and the most unpatriotic acts I can even imagine for people in this country to have participated in, in any way, shape or form. And I want the American public to know right now, we will not be intimidated. American patriots are fed up with the corruption from the local level to the highest level of our government and we are going to take this country back. We are not going to be intimidated. We are not going to back down. We are going to clean this mess up now. President Trump won by a landslide. We are going to prove it and we are going to reclaim the United States of America for the people who vote for freedom.

We are proceeding to prepare our lawsuit and plan to file it this week. It will be epic. We will not allow this great Republic to be stolen by communists from without and within…

In a related story in the American Thinker Andrea Widburg reported: "A few days ago, Sidney Powell said the Trump team would release the Kraken (a mythical giant squid that shatters sailing ships) against the election results that claim that Biden won." Powell further affirmed: "I never say anything I can't prove."

Thanks to Powell and others like her, irrefutable evidence is piling up. If the presiding judges are honest, competent, and courageous there will soon be rulings that will foil the most dangerous attack in history and propel Trump into the presidency for four more years.

Most honest Americans already know that the election was fraudulent. We saw the videos of smirking thugs blocking the view of poll watchers so that pervasive democrat cheating could be hidden. That alone ought to be enough to invalidate the bogus election results and re-elect Trump.

If all this goes the wrong way, start preparing for the long, dark winter Biden promised. It just might last until the return of the Eternal Judge, who will bring all truth to light and right all wrongs—including the biggest political crime in history.