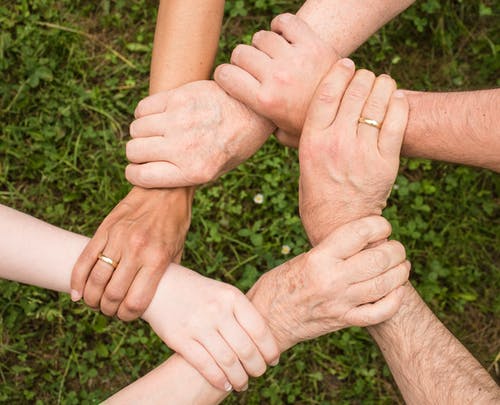 What Do We Do Now? Social Preparedness, Part 2

In Part 1 we discussed some of the differences between the Marxist ideology of hate and the universal doctrine of love. Marxist “social justice” is, in reality, a doctrine of hate: Hate the rich, hate white people, hate men, hate the police, hate patriots (past and present), hate Christians, hate families, hate biological bodies, and most of all, hate anyone who opposes your warped concept of social justice.

In addition to hating almost everyone, Marxist ideology teaches us to hate our heritage of freedom and prosperity, as explained by D.W. Wilber:

American youth have been taught to hate our Founding Fathers, and to view our Constitution and other founding documents as impediments to achieving a promised Marxist Utopia—an ideology that they were fed while attending classes at American universities by Marxist indoctrinated professors.

Rather than hating people and freedom, we ought to try loving them and hating Marxist ideology. Dennis Prager's explanation is enlightening:

The most glaring example of the denial of evil is communism, an ideology that, within a period of only 60 years, created modern totalitarianism and deprived of human rights, tortured, starved and killed more people than any other ideology in history…If you don't hate communism, you don't care about, much less love, people.

In Part 1 we discussed the urgent need for local and personal social preparedness in the face of rising hatred and increasing division in the name of social justice. Here we will discuss three additional social solutions to the encroaching darkness.

The most effective way to combat the onslaught of well-dressed hatred and lethal principles seething through society is to shore up our families and safeguard our children. This becomes obvious when we realize that our children are precisely what social revolutionaries are always after. One Russian socialist said, “We must rescue children from the harmful influence of the family ... We must nationalize them. From the earliest days of their little lives, they must find themselves under the beneficent influence of Communist schools ... To oblige the mother to give her child to the Soviet state—that is our task.” (The Invincible Family, p.216). This core aim of socialism has not changed: Our families and our children are the target.

Fortunately, we are up to the task. In her book, The Invincible Family, Kimberly Ells says,

I assert…that a significant portion of mothers will refuse to give their children over to the state—either literally or ideologically— even under the most severe circumstances. Mothers and fathers will ferociously contend for the minds and bodies and souls of their children. The battle for the babies of the world is fierce because those in power know that babies always end up ruining the evil plans of socialist villains and bloody tyrants. Babies eventually win because there is always a mother somewhere raising up a valorous, moral, liberty-loving, intelligent, intrepid girl or boy who grows up to detonate a rebellion—either by the pen or by the sword—that ruptures the foul tethers by which his countrymen are bound. (p.223)

In order to raise up such intrepid boys and girls, we must speak, teach, and live the truth at home. We must intentionally raise up a generation of patriots who understand history, cherish family, and resist tyranny.

Mother Teresa spoke these great truths about the power of family: “If you want to bring happiness to the whole world, go home and love your family…Bring love into your home, for this is where our love for each other must start…Never worry about numbers. Help one at a time, and always start with those nearest you.”

Will we cherish family loyalty, or embrace family betrayal, as Marxists demand? As Ells says, “If we give up the fight for the family, there will be little left to fight for.”

Studies have shown that people with strong friendships generally live over seven years longer than those with weak social ties. It is also well established that friendship increases happiness.

Many socialists seem to fit the Stalin mold: "The real Stalin had colleagues and sycophants, but almost no friends." Since socialist ideology promotes hatred instead of love, people who embrace it consistently experience diminished friendship. This issue has been aggravated by isolation related to the CCP virus.

In his shocking and relevant book, Live Not by Lies: A Manual for Christian Dissidents, Rod Dreher suggests the following solution: "In a time when people have forgotten how to be neighbors, simply sharing a meal or a movie together is a political act. This, I say, is a way to fight back against the loneliness and isolation that allows totalitarianism to rule." (p.145) In this same vein, Ronald Reagan famously said, “All great change in America begins at the dinner table.”

It is tragically ironic that one of the ways to defeat the socialist system responsible for the starvation of over 50 million people is to eat together, as families and friends. Many of my most treasured friendships have been developed around the table. Once when I was challenged in an adversarial way, I jump-started a new friendship with this response: "How about if we get to know each better while sharing our favorite lunch, decide if we trust each other, and then consider our options?"

Meeting in small groups around the tables of America we will foster friendship, healing, and freedom one meal at a time.

Kimberly Ells provides an interesting introduction to the concept of sanctuary:

For most people, the private sphere is more treasured than the public sphere. Work in the public sphere is where people go in order to make their private life possible...[so that] they can construct for themselves a private pocket in the world in which they and the people they love can do what they want. (The Invinvincible Family, p.72)

Most of us long for a place where we can do what we want, a place of peace, beauty, and safety. Such a place might be in our minds or homes or neighborhoods—or at a remote retreat. The socialists who have seized the federal government hate the private sphere. The historical record and current socialist demands illustrate that the socialist state is the most intrusive beast imaginable—and no person, place, or circumstance is beyond its desire to control. Therefore, we presently have the most urgent need for sanctuary in the history of our country.

States can provide the first line of defense from federal overreach. For example, many states have declared themselves to be second amendment sanctuaries. In other words, some states have enacted laws to protect gun owners from federal violations of their constitutional rights. States, cities, counties, and various legal authorities can provide many different kinds and levels of sanctuary.

Communities, friends, neighbors, and Mutual Assistance Groups (MAGS) can offer social sanctuaries of defense and refuge from illegal violations. Tim Makay gives a comprehensive explanation of MAGS, including this succinct definition: "A mutual assistance group, or MAG, is simply a group of people, often with various backgrounds, skills, and resources who decide to work together and rely on one another to better deal with times of crisis, disaster and general trouble." For more extensive MAG information Charley Hogwood's book is a great resource.

MAGS might consist of family, friends, church, or neighborhood groupings and the way they are organized may vary, but during hard times most of us will need a MAG. Now is the time to set up, prepare, and start functioning as a MAG. Failure to form a MAG or even procrastination could be a fatal mistake. Here are some supplemental MAG related links: CPT, GEP, NCPC.

As we eat, play, worship, study, and work together in our families and in our communities, we can triumph over the rising tide of socialist hatred that is threatening to rip us apart.