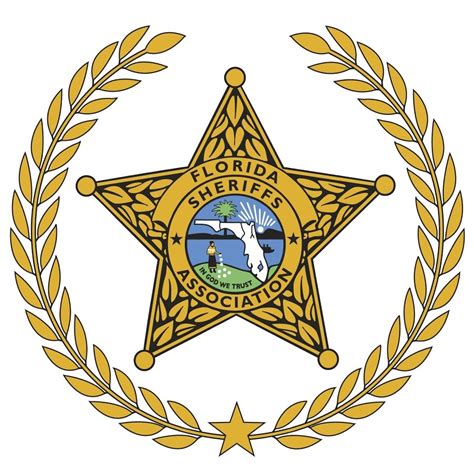 They also united with lawmen from all over the country by joining the Constitutional Sheriffs & Peace Officers Association (CSPOA). The genesis of the CSPOA began in January of 1994 when Graham County Sheriff Richard Mack attended an Arizona Sheriffs' meeting in Phoenix. At that meeting, federal Bureau of Alcohol, Tobacco, and Firearms (BATF) agents instructed the Sheriffs that they were required to enforce the Brady Bill gun control law which had been enacted in November of 1993. Sheriff Mack knew that aspects of the Brady Bill were unconstitutional, and he was mindful of his oath of office—the same oath taken by most government officials, military, and police—which was:

I do solemnly swear that I will faithfully discharge the duties of my office and that I will protect and defend the Constitution of the United States from all enemies, both foreign and domestic, so help me God.

In order to honor their oaths and preserve constitutional freedom, Sheriff Mack and six other sheriffs from various states decided to sue the federal government. In 1997 the Supreme Court ruled in favor of the sheriffs. The federal government was forbidden to compel states to enforce federal regulations that are incompatible with the Constitution.

Eventually, Sheriff Mack became the founder of the Constitutional Sheriffs & Peace Officers Association (CSPOA). The CSPOA is dedicated to protecting the constitution and defending the people from federal overreach. Recently, Sheriff Mack said that peace officers may be the last hope for freedom in America. Concerning Joe Biden, Sheriff Mack said: "You would think that somebody that’s been in Washington, D.C., for 47 years would know that gun control is against the law of the United States of America and that he swore an oath to uphold and defend the Constitution."

The Constitution Killers holding the highest offices in the nation and their media allies are pumping out propaganda claiming that the CSPOA (and others like them) are right-wing white supremacist radicals crusading against the Constitution. This is just another case of left using one of their favorite tricks: falsely accusing others of doing what they themselves are actually doing. The CSPOA website is filled with information and training about defending the Constitution. For example, here are some snippets related to gun confiscation:

The Constitution and laws made in agreement with it are the supreme law of the land. If a law is unconstitutional, it is automatically invalid…So sheriff, if Biden [issues] an executive order that we’re going to confiscate all AR-15s and AK-47s. And any other rifle they want to name…Will you stop that…Will you stand and interpose?

The CSPOA has planned over 80 widespread events for the summer of 2021. CSPOA rallies and workshops typically include irrefutable evidence that Sheriffs and other local officials have the power and duty to protect their constituents from all enemies, foreign and domestic. Most of us need constitutional training and organizations like the CSPOA need and deserve our support.

It's important to note that the CSPOA is concerned with much more than just gun control. As unconstitutional laws and orders continue to spew forth from the federal government, any sheriff who is unwilling to uphold his oath of office to defend the Constitution needs to be properly trained or quickly voted out of office.

Can you count on your sheriff to help protect you from criminals, Marxist mobs, and constitutional outlaws? This could be a life and death question. Several years ago, I had a chance to ask a multiterm county sheriff some pointed questions. Two of my questions and his answers are given below:

GVS: How would you respond to illegal or unconstitutional orders or federal agents attempting to enforce such orders?

SHERIFF: It would be a violation of my oath of office to carry out an illegal order or enforce an unconstitutional law. Anyone who tried to do so within my jurisdiction would be arrested or expelled from the county.

GVS: Since you have a limited number of deputies, how would you deal with a large group of criminals, such as a cartel, attacking you or your citizens?

SHERIFF: I have organized and deputized a sheriff's posse. I could have hundreds of well-armed deputies on-site within a few minutes. Potentially, my posse could number in the thousands.

Most of the USA is under the jurisdiction of peace officers who have taken an oath to protect and defend the constitution from enemies foreign and domestic. Currently, some of those enemies are trying to rig elections, prevent free speech, defund police, disarm citizens, and reeducate patriots. As local officers do their duty to protect the Constitution, we need to stand with them.

In recent comments to The Epoch Times, Sheriff Mack said that having local elected officials tell federal and state authorities that the Bill of Rights will be upheld in their jurisdictions helps protect the God-given freedoms that each citizen was born with. He also said that this is the peaceful and effective solution millions of Americans have been praying for to take back America, county by county and state by state.

If freedom-loving Americans support their cities, counties, and peace officers in resisting unconstitutional oppression we could save the Constitution and millions of American lives that might otherwise be devoured by Constitution Killers. Never has it been more important to elect and support constitutional leaders.